Choose from our handcrafted jewellery pieces or arrange a bespoke commission with one of our talented designers. JeDeCo is a shared trading platform for independent jewellery designers and you are welcome to contact any of us directly.
We also have a shop in London where you can buy your favourite designer jewellery, with a vast choice of original rings, necklaces, stacking rings, wedding and engagement rings, cufflinks, bracelets, pins ...

With Spring in full season and summer round the corner, our wardrobe gets lighter and more colourful to celebrate and mirror nature’s yearly rebirth and its wonderful expressions in both colours and shapes.

Accessories help give that colourful accent even with the safest of outfits and jewellery is no exception.  There are a few ways for designers to incorporate colour in their creations, colourful gemstones are one way, enamel is another.  Today we’re focusing the latter and the different types of enamel.

The use of enamelling in jewellery dates back to the ancient Persians, Egyptians, Greeks and Chinese before being popularised by the Romans. Following the expansion of the empire to Byzantium, enamelling techniques spread to Western Europe.

The earliest known enamelled objects were made in Cyprus in around the 13th century BC during the Mycenaean period. Six gold rings discovered in a Mycenaean tomb at Kouklia were decorated with various vitreous coloured layers fused on to the gold.

Enamel has not lost its relevance even to the modern day, keeping pace with the times and changes to meet the stylistic and technical demands of modernity, attracting artists with its rich palette as a unique medium to bring to life their creative vision.

There are two types of enamelled jewellery on the market today: the most ancient, vitreous enamel,  and a modern version, cold enamel.

Vitreous Enamel is molten glass mixed with metal oxides to create different hues. The resulting powders are used dry or mixed with water to create a paste and applied to the metal to be then fired at high temperatures between 700 and 900 degrees to give that wonderful enamelled effect. The higher the temperature the stronger the piece, but higher temperatures can also result in an unpredictable outcome.

There’s many techniques to use enamel, but the fundamental techniques of enamel are cloisonné, champlevé and painted enamel. In Cloisonné thin metal strips are soldered onto metal to form cells which are then filled with enamel powder. The champlevé technique is one of the most ancient and it is based on cutting grooves on the surface of the metal of sufficient thickness which are then filled with enamel and fired. And for the application of the painted enamel a flat metal surface is usually used together with a brush. 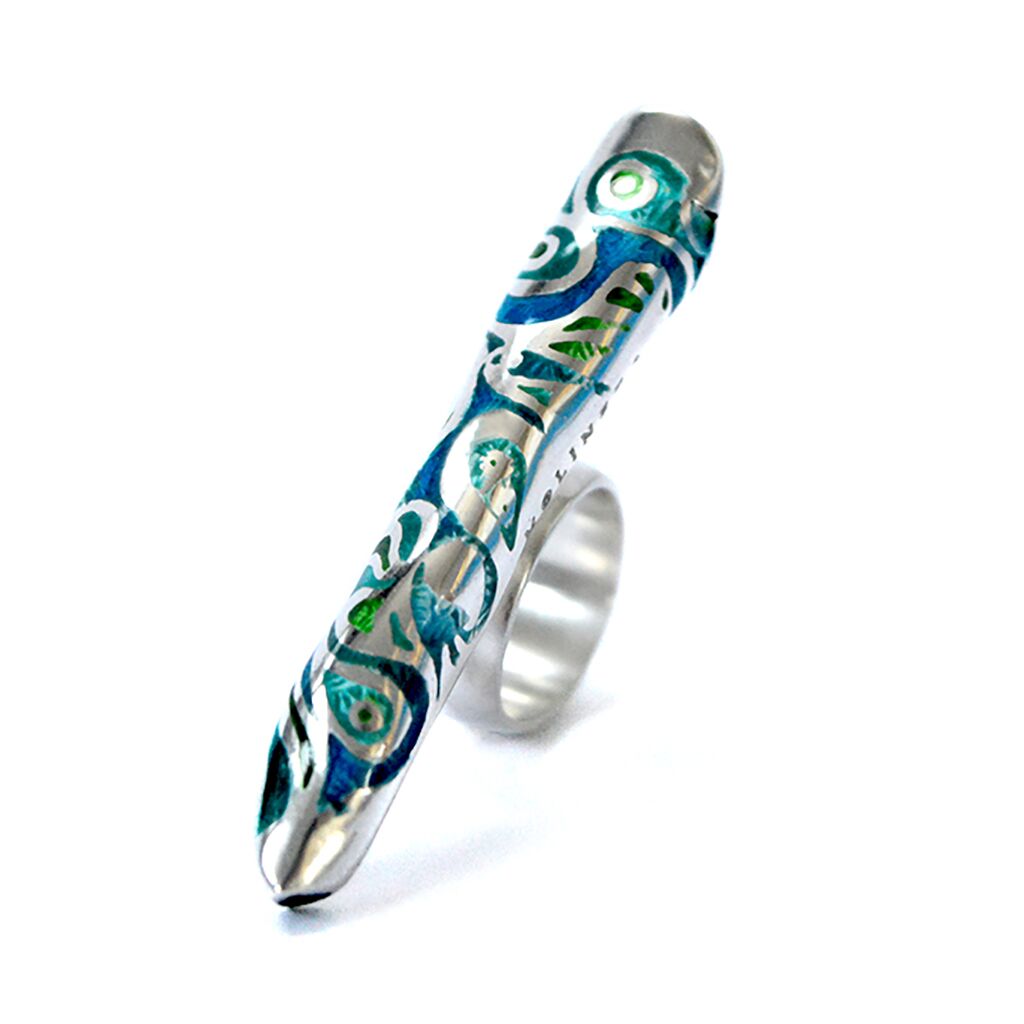 The hardest technique for applying enamel is called plique-á-jour. Normal enamel is applied onto a metal substrate (gold), but plique-á-jour is stretched across a very thin frame. The craftsmanship of a jewellery working with the plique-á-jour technique relies on predicting the thickness of the layer of the enamel. If you get this wrong then the firing of the quartz can lead to the frame on which it is supported breaking.

These ancient techniques are used also in the creation of jewellery pieces with what is called ‘Cold Enamel’ which is a modern medium in which epoxy resin are used instead of traditional glazes. 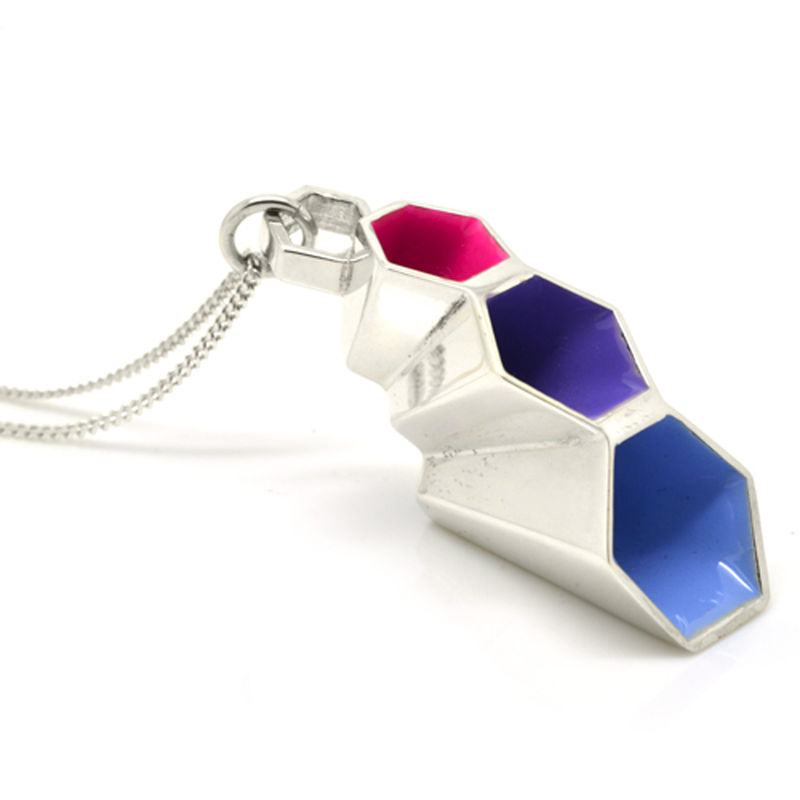 When the resin is solidified, it can form a visual effect similar to high temperature fired enamel. Cold enamel is different from the traditional enamel process as it does not require high temperature firing, instead it cures at room temperature normally in a dust free chamber. Many modern designers prefer cold enamel as it allows for more freedom in both design and use of materials, it gives more predictable results and is very durable.

Whether you’re looking for vitreous or cold enamel pieces, the range of designs available is wide and used in both modern and more classic jewellery.